Netball WA makes available an amount of $5000 to assist the coaches with education, accreditation and personal development opportunities, to assist and enhance the coaches’ ability to further their coaching knowledge and practices.

This year the amount has been distributed between the following scholarship recipients.

Alexis won the 2020 Netball WA Coach of the Year

Started coaching at WDNA 10 years ago and has also become a coach developer and mentor.

Alexis aspires to achieve a GIGWANL Premiership and be involved with the State Team Program.

Quote: ‘I am dedicated to becoming the best coach I can be. I am also passionate about sharing my coaching knowledge and experience with other coaches to further their development.’ 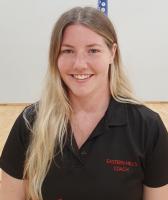 Lauren has coached at her association for over 4 years and is currently the Association Development Officer.

Lauren aspires to continue on the coaching pathway and to coach within GIGWANL.

Quote: ‘Receiving the Bette Allison Coach Scholarship (is) an honour and great opportunity to expand and display my coaching ability along with inspiring and guiding athletes.’ 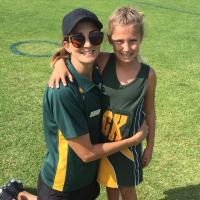 Started coaching at Cockburn Netball Club, at Fremantle Netball Association over 20 years ago.  Mel has had many coaching roles from Suncorp NetSetGO to assistant coaching at state team level.

Mel aspires to be a head coach of a GIGWANL team and continue withing the State Team Program.

Quote: ‘I am passionate about coaching and providing opportunities for athletes to develop their skills, not only on the netball court but also instilling valuable life lessons for off the court.’

Rosemary has coached for over 20 years at Albany Netball Association and in 2020 was awarded the Netball WA Coach Achievement Award.

Rosemary wants to keep developing as a coach and impart her knowledge on the players and coaches within her association.

Quote: ‘This scholarship will enable me to take my coaching to the next level and increase my knowledge for further mentoring of other coaches.’

Simone has coached in WA for 3 years, having coached at various levels in Queensland and Victoria.

As well as developing other coaches in the North West, Simone’s future aspirations include involvement at a GIGWANL and state level.

Quote: ‘I would love to continue (providing) these amazing opportunities for netball in Broome, bringing my knowledge and experience gained through this scholarship back to this amazing community of netballers.’