Netball proved to be among the most popular sports at the WA Teachers’ Games in Mandurah from October 5 to 7, with 15 teams participating in the competition coordinated by School Sport WA and supported by the Mandarah Netball Association and Netball WA.

Consisting of almost 140 teachers, the netball competition included women’s and mixed divisions, with both playing finals at the conclusion of round-robin fixtures.

The Shenton Storm from Shenton College claimed the gold medal in the Women’s competition, while Silver went to 'West Friends'.

Atwell College took out gold in the mixed competition, with Seda 1 winning silver.

The netball games were officiated by Mandarah Netball Association Umpires and run with the support of Netball WA and Teacher Games organisers and volunteers.

The Teacher’s Games were decorated with various displays, including West Coast Fever apparel, as well as give-aways donated by Netball WA.

The event was well received and organisers indicated that they intend to hold it again in the future, with the possibility of expanding the netball competition to include more rounds with more teams. 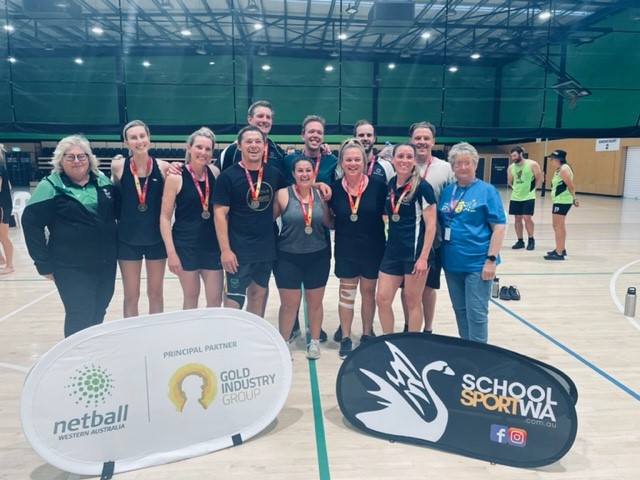 Netball the winner as Kath picks up new Nissan

Coaches and Umpires up-skilled in Wheatbelt and Goldfields