Reflecting on the milestone, Rohde said it was a memorable occasion, made even more special by her friends and teammates.

“Everyone made it really special, and I think people made a bigger deal of it than what I had initially made of it,” Rohde said.

“There’s not many players that have reached that milestone, so I was pretty proud. For me, consistency of performance and taking care of your body and making sure you minimise injuries is really important. That longevity is something that I am really proud of. I attribute the longevity to my really active lifestyle and off-season I go off and play other sports.” 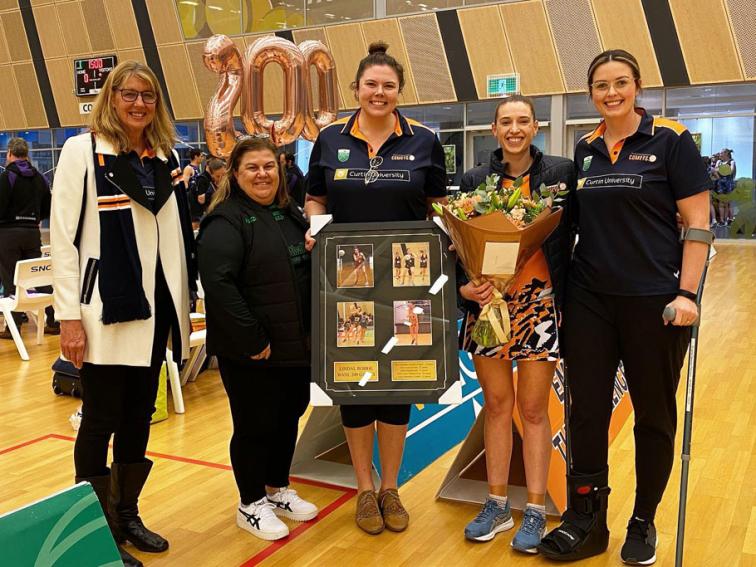 This year, Rohde also spent time learning a new position, playing more Wing Attack. She said, “I think every year you play you learn something different and because each team you play in is different. All the dynamics change as well.”

Although netball was a sport she committed to regularly during her youth, Rohde spent most of her time focusing on athletics and cross country as her core sports. Rohde’s parents later convinced her to trial for Hamersley Netball Club.

After a great time spent trialling at Hamersley, Rohde started her netball journey at 15U in the same year she trialled for state school girls. Rohde believes she was relatively late to the sport in terms of taking it seriously but "played a bit when I was at school and with friends but hadn’t taken it seriously because I was quite into my running at the time.”

Rohde has several career highlights over her years of playing netball. In terms of team highlights, Rohde was part of winning the 2017 ANL Premiership with the Western Sting, a very significant achievement for Netball in WA.

Up until that point, Rohde had been in the ANL program for quite a long time and they had won multiple bronze medals, with a breakthrough in 2017, beating Victoria in the Grand Final. 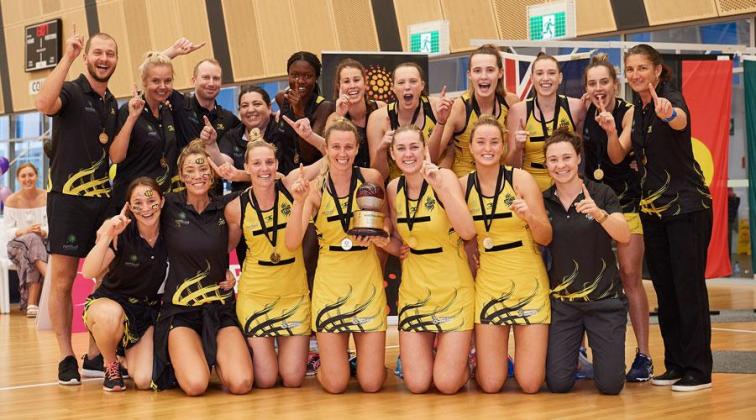 “We had a perfect balance of youth and experience,” Rohde said. She also reflected on the premierships she has won or played in. with different WANL teams, “each being special in their own way.”

After starting her Netball journey at Hamersley Netball Club, she went to play state-league for West Coast Warriors, named ‘Falcons’ at the time. She was then selected into the WAIS program, which she described as “amazing and [a time when she made] some of her best friends”.

From 2011-2013 Rohde had the opportunity to play for the West Coast Fever as a training partner and then a replacement player under coach Norma Plummer.

“I got to play with Caitlin Bassett, Cath Cox which was amazing. I think I debuted against the Vixens at John Cain arena - 10,000 people there. It was pretty cool, I loved it. Norma was such an amazing coach and had crazy-high expectations. It was really beneficial for me,” Rohde said.

After playing with the Fever, Rohde went and played in the UK for the Yorkshire Jets, being able to work overseas, play sport and study.

After returning from the UK Rohde played for Southeast Demons, winning the 2016 Jill McIntosh Medal as the best player in the WANL competition, before joining some of her close friends from the WAIS program at Western Roar. 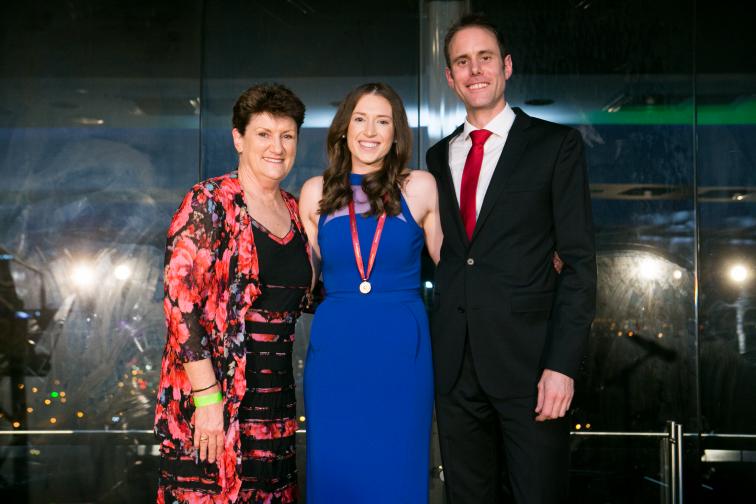 “In the end I think I’ve been able to play with all my best friends from that WAIS team which has been really nice. You play sport for all the relationships. When I started working, it was really hard to see friends so for me to be able to play netball with them, I guarantee that I see them two to three times a week which is really important.”

Other than working and playing netball, Rohde enjoys playing other sports in her spare time. She runs, enjoys socialising, meeting with friends to go out for breakfast, and watch her brothers play football. However, she admits she’s “pretty busy with netball and work, fitting training in as well.”

During pre-season this year, Rohde also trained for a triathlon. “Something a bit different, I spent a lot of time in the pool and on the bike.” Competing in the RAC Karri Valley Triathlon in Pemberton, Rohde commented there were “lots of hills, I really like different training. I like doing heaps of different sports, including tennis too.”

In the past few years Rohde has also gravitated towards football, playing for Subiaco in the WAFL Women’s competition and winning the Cath Boyce Rookie of the Year Award in 2019.

She was then selected as a Rookie by the Fremantle Dockers and played five games in the 2020 AFLW season.

“I’ve always loved kicking the footy. My brothers have always played and to be able to get an opportunity to play at that level and experience the resourcing that the AFL clubs have and how professional it is was really cool. There is a fantastic culture down at the Freo team, I really enjoyed being able to slot into that.”

Currently, Rohde works at the Wirrpanda Foundation, which is a charity of the West Coast Eagles Football Club. The Foundation delivers programs for Indigenous people across education, employment and business. Rohde has been at the Foundation for almost eight years and loves it.

“We do such important work and it’s so rewarding every day to be able to help people and create intergenerational change.”

She previously ran Commercial Operations in the business-side of the charity, changing into a greater delivery aspect by running employment services over the past 12 months.

“Being able to find people that are low on confidence and had a lot of barriers to employment and trauma in their life, to be able to place them into employment and see the change that it makes for them, and their families is something I really love and is really rewarding and we have a lot of fun doing it.”