Each year, Netball WA offers scholarships to provide opportunities for Netball WA affiliated coaches, umpires and managers from grassroots to elite levels to further their aspirations through education, accreditation and personal development opportunities.

The three Scholarship Programs include: 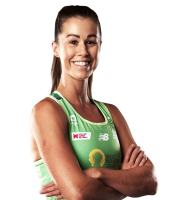 Having come through the Netball WA player pathway herself, Emma hopes to continue to coach within the West Coast Fever Academy and Futures Program. Emma will continue to provide an elite player perspective to aspects of her coaching, as well as the advanced knowledge and understanding she has of the game. 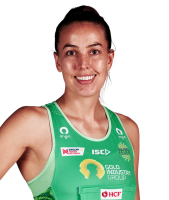 Shannon has a strong technical and tactical knowledge of netball which she has enjoyed sharing with the WCF Futures athletes. She relishes playing for and working alongside high-performance netball coaches and hopes to keep developing her coaching craft and giving back to the West Coast Fever Netball Club.

Dilara is a young coach with big aspirations for her future. She is a dedicated and passionate coach, player and umpire. This scholarship will help her to continue on the coaching pathway, gain knowledge and challenge herself to keep striving to be the best she can be. 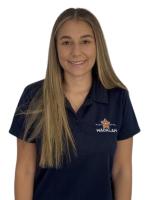 A relatively new coach, Brooklyn already has experience coaching at club, association and Metro League levels. She would like to keep progressing in the coaching pathway and explore various coaching opportunities.

"I believe as an Aboriginal woman from Perth, I can be a role model to Indigenous athletes who aspire to pursue coaching and also encourage players to pursue professional netball."

Rachel is an experienced coach and has a passion for developing players in Geraldton and the surrounding areas. Rachel hopes the scholarship will assist her in further developing her knowledge and she is also looking for opportunities to build stronger networks with other like-minded coaches from across the state.

Attained B Badge Accreditation in 2017.

Liz has been umpiring for seventeen years, working her way up to GIG WANL. She aspires to officiate at national events and obtain an A Badge. Living in Geraldton, she has a passion for umpire development in regional areas. Liz would like to be an example to umpires in Geraldton and ‘demonstrate that you can live in a regional area and still progress along the Netball WA Officials Pathway.’

Attained B Badge Accreditation in 2009

Susan is an experienced umpire who has always strived to keep developing her skills and give back to the netball community. She hopes the scholarship will help her to keep improving and achieve an A Badge Accreditation. Living in Manjimup, she is also keen to assist umpires in the South West Region to move along the Netball WA Pathway.

Attained B Badge Accreditation in 2020.

Keenan started umpiring at a young age and has never looked back. He already has a depth of experience behind him and is an umpire coach for young aspiring umpires at his association. In his third year of the Netball WA State Umpire Squad, Keenan regularly gets invited to attend GIG WANL club and association training sessions. He hopes to achieve the A Badge Accreditation and take his umpiring as far as it can go. 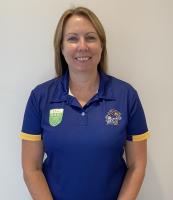 Vanessa has experience managing club level netball and has recently transitioned into the GIG WANL environment. She is keen to learn, gain experience and be exposed to elite level teams. Vanessa will use the scholarship to further develop her understanding of what it means to be a Team Manager and aspires to move along the Netball WA Pathway.

Cathy has gained managing experience throughout the Netball WA pathway from her club teams at Belmont to GIG WANL. As well as continuing with her development, she is keen to upskill managers and ‘promote the importance of the Manager’s role at both club and association levels.’ Cathy strives to be a professional manager and does whatever she can to support her teams.