The Parliamentary Friends of Netball is a new initiative that seeks to create closer connections between the netball community in Western Australia and our state’s parliamentary representatives, to further and strengthen relations in support of Netball WA’s purpose to advance the sport and ultimately advance communities.

Netball WA CEO, Simon Taylor said this initiative is another step forward in strengthening the sport and the role netball plays in the community.

“We are extremely excited about the future of netball in this State. This initiative means we will be working closer with Government and Ministers to further grow our game and provide young girls with the opportunity to play netball, whether that be socially or competitively,” Mr Taylor said.

“The opportunities are endless, we can look overseas by engaging with Australian-based Asian consuls and embassies, and visiting Government and business leaders, to further relations with these nations and communities through Netball.”

Western Australia has a long history of Netball in this state. Netball provides opportunities for women and girls to grow and develop, teaching leadership, teamwork, resilience and empowerment.

Co-convener of Parliamentary Friends of Netball, Honorable Samantha Rowe MLC was a driving force behind establishing the event.

“I’m absolutely delighted to support such an important sport for girls and women right across our State and look forward to working with Netball WA to continue to promote and grow the sport,” Ms Rowe said.

Parliamentary Friends of Netball will work with both sides of politics to achieve the best outcome for netball.

Co-convenor of Parliamentary Friends of Netball, Honorable Mia Davies MLA said netball was immensely popular throughout regional WA and looked forward to promoting the sport’s values in her new role.

“Netball promotes a strong community spirit across the State and helps regional towns and cities to remain connected so I am excited to be able to be on board to promote the great values of the sport,” Ms Davies said.

“I’m also very keen to follow the development of the Shooting Stars program which is empowering Aboriginal girls and women and making a difference on and off the court in eight centres across regional WA.”

Netball WA is the governing body for netball in Western Australia, incorporating 72 affiliated Associations, and its’ subsidiaries, West Coast Fever and Glass Jar Australia. Netball is the largest female participation sport in WA, having grown significantly over the last 10 years to more than 240,000 participants in 2020 and is played in every major city and town across the State. From the grassroots to the elite, Netball WA has a holistic approach to the growth and development of the sport of netball. 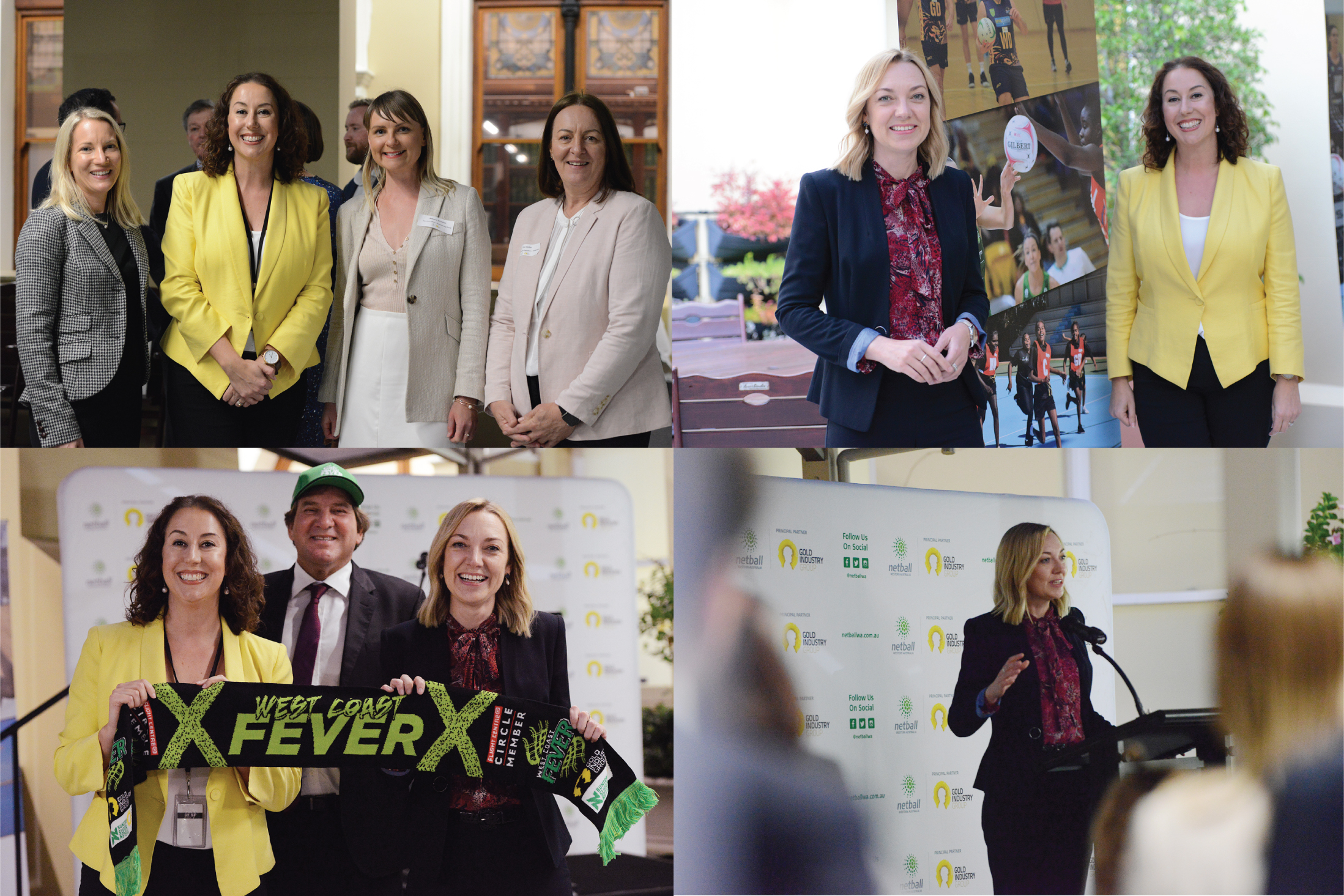 WA! Get Ready To Show Your Grit

RASP Athletes set to play ahead of Fever pre-season match