After 14 rounds, the Gold Industry Group West Australian Netball League Opens, Men’s and 20U fixtures have concluded, with teams in the top four of each competition now preparing for Finals.

Playing in the Opens Semi Final for a chance to progress straight to the Grand Final, the top-placed West Coast Warriors are competing against ECU Souwest Jets at 8.15pm.

Following their significant win in Round 4, Warriors are expected to enter the match with confidence.

Western Roar finished the season third on the ladder after being defeated by Warriors last week and will face fourth-placed Curtin Hamersley Comets in their Semi-Final at 6.30pm, which will see the winner progress to the Preliminary Final and the loser eliminated.

Last time Comets and Roar met was during Round 13, with Roar coming out on top by nine goals.

In the Men’s top-two Semi Final, Roar and West Coast Warriors will go head-to-head at 8.15pm, while Curtin Hamersley Comets with play Southside Demons in the elimination Semi Final at 6.30pm.

In the 20U competition, Southside Demons will take on Western Roar in a battle to secure their spot in the Preliminary Final.

After an excellent season from both teams, East Freo Sharks and Rangers will compete at 8.15pm for a chance to progress straight to the Grand Final. 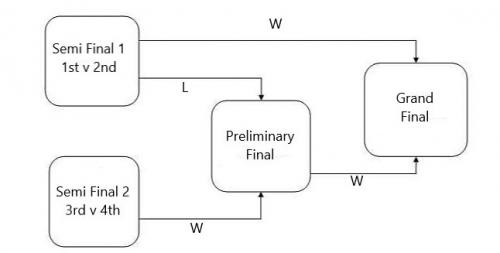