Western Sting’s Head Coach and Assistant Coach have been appointed in preparation for the 2021 Australian Netball Championships in Traralgon, Victoria from September 11 to 19.

Elite coach Reynolds, who was the Western Sting Assistant when they won the 2017 title, also represented and captained WA as a player at numerous national championships and played 174 WA Netball League (WANL) Open games.

Tracey Swami, who has experience at both junior and senior levels, has worked her way through the Netball WA player and coach pathway and won the Netball WA Coach Achievement Award in 2010.

As a player she was a Western Australian underage and open representative and was selected into the WAIS program, where she honed her netball skills for two years before representing the Perth Orioles in the Commonwealth Bank Trophy and then the West Coast Fever in their inaugural year.

Both coaches are now in the process of identifying WANL athletes for selection into the Sting Squad, which is scheduled to be announced next week.

Training is set to commence on Tuesday 13 July for the new-look Australian Netball Championships in September.

This competition replaces the Australian Netball League and will be fought out between state and territory member organisations and Suncorp Super Netball League clubs at the Gippsland Regional Indoor Sports Stadium. 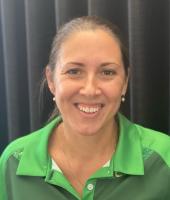